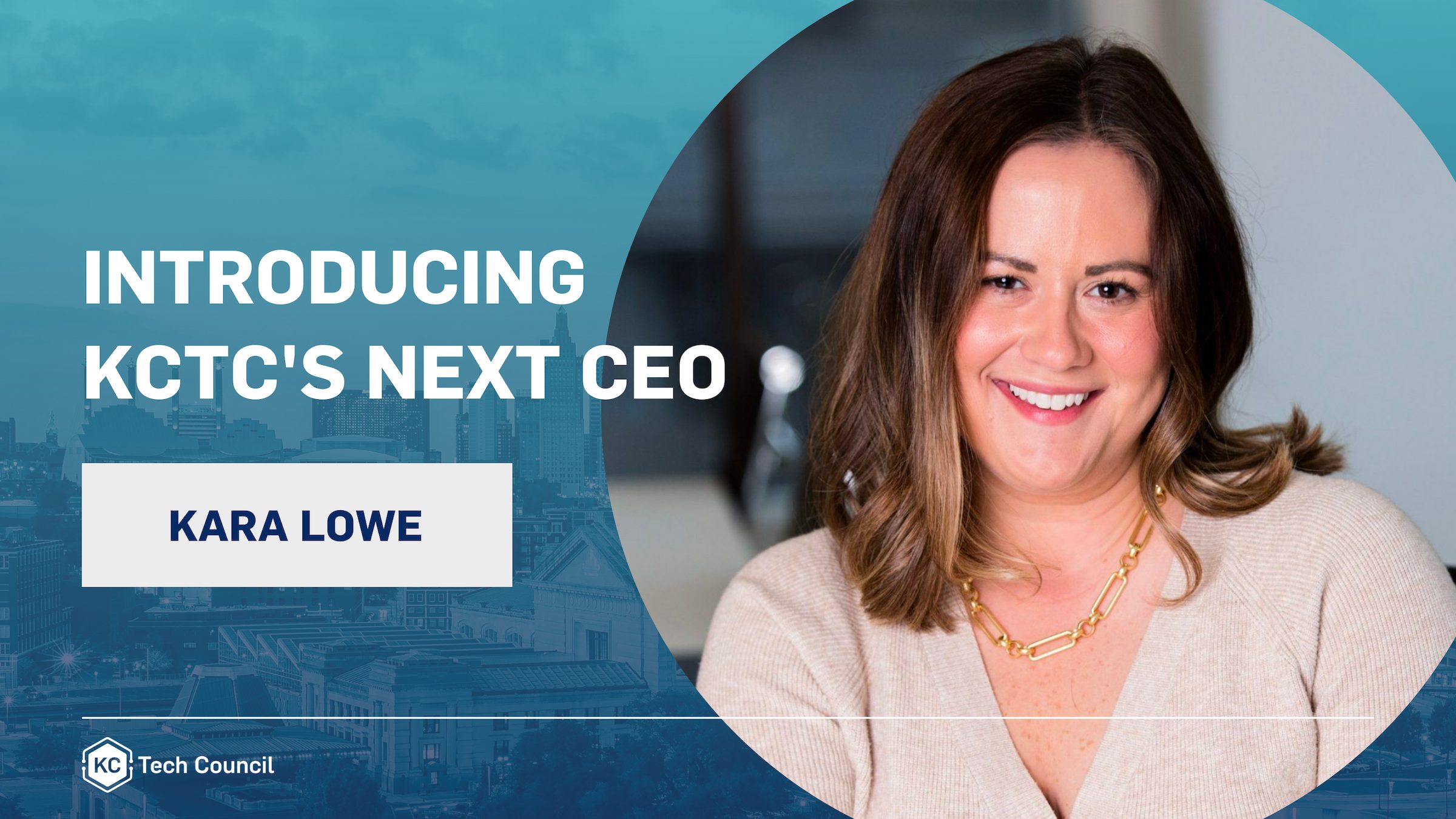 We're elated to share that we will soon be welcoming quite a familiar face as KCTC's next CEO!

Kara Lowe, who has served as chief operating officer since 2016, will succeed Ryan Weber as he steps away after more than a decade at the helm of the organization.

"Ryan has been a terrific leader and champion of Kansas City’s tech industry and I’m thankful for his support as I step into my new role. The future of our tech industry has never been brighter, and together with our membership, we’re excited to tell that story.” -Kara Lowe