1. Give us your organization’s quick origin story!

In 2007, MongoDB's founders had to manage 400k ads per second a company called DoubleClick. After Google acquired them, they launched their MongoDB database as an Open Source project and it was rapidly adopted because of its developer friendly JSON document model. MongoDB IPO'd in 2017 and has since become a general purpose database that can run anywhere (on prem, cloud, or multi-cloud), and MongoDB stock has increase 16x in just 4 years.

2. What problem are you currently solving in the KC tech industry?

MongoDB's most important customer is developers. We are obsessed with increasing developer productivity but are also helping companies simplify the deployment of more modern, event-driven architectures and aggregate a myriad of relational, object-oriented, key value, graph, and geospatial datatypes into a singular platform (with Fort Knox security).

3. What can we expect to see from your company/organization in the next year?

One thing MongoDB customers in KC love is that their developers don't need to learn databases to build great apps. I think you can expect to see plenty of events from us where we highlight area MongoDB customers who are building innovative software and shortening the time from business ask to execution.

4. How can KCTC members get more involved?

If you are building great software that's solving real-world problems, or partnering with companies doing that, we want to engage with you. Our partners are vital to our success and we're always open to collaborating on efforts to make the Kansas City area a more innovative place that attracts top tech talent. 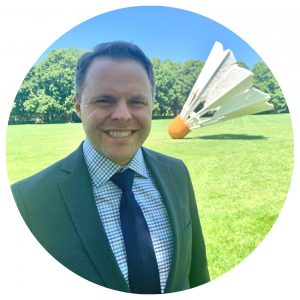 1. If your office was The Office, what character would you be?

I wish I were as funny as Jim, but I am not. I get distracted easily in an office so maybe Michael Scott.

2. What’s an app you can’t live without?

In the last 1.5 years I'd say LinkedIn. Being a remote employee I like to connect with people however I can, and LinkedIn helps. And it's typically less political and polarizing than Facebook.

It's gotta be Woodyard BBQ and the Burnt End Chili in Kansas City, KS.

4. What technology tip are you always giving your clients?

If you want your developers to build modern applications, don't force them to work within the confines of databases created in the 1970s.